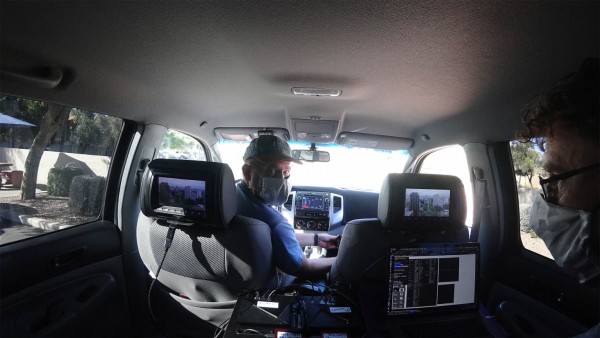 SAN DIEGO—Sony has released a white paper detailing field tests it recently did on mobility reception via ATSC 3.0 (aka “NextGen TV”). The tests, conducted with broadcasters from Pearl TV Group in Phoenix and News-Press and Gazette in Santa Barbara, Calif., demonstrated the advantages of using ATSC 3.0 for mobile reception, not just for consumer apps and devices, but for providing software updates to future autonomous-powered vehicles as well.

The new worldwide demodulator chips from Sony Semiconductor and related software for ATSC 3.0 created by Sony Home Entertainment and Solutions of America, were tested in a real-world environment. Difficult mountain passes and urban settings near Phoenix provided one “exceptionally complex reception challenge,” according to the company, while another route along the Pacific coast near Santa Barbara had its own difficult reception environment.

“For the field testing areas selected, there are some rolling hills, rural canyons and light urban canyon terrain causing echo delays,” said Mike Nejat, vice president of Engineering at Sony Home Entertainment and Solutions of America. “We wanted to find out if ATSC 3.0 can support multiple services, show an example configuration for automotive service, test the configuration with separate solutions in a variety of markets, terrains and driving conditions, and test the simultaneous delivery of files not related to television entertainment to see how this transmission and reception system might appeal to new customers like automakers and fleet operators.”