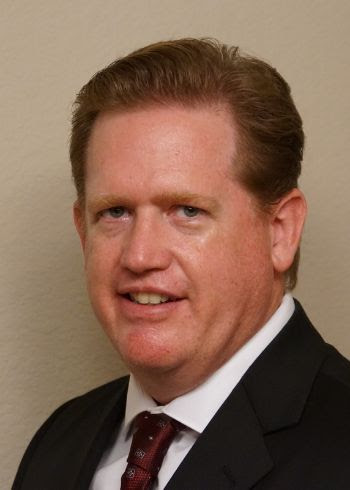 Newly released field testing done by Sony Electronics Inc. demonstrates the real-world advantages of robust next-generation TV broadcasting now being rolled out across the USA.  Broadcasters can simultaneously reach different types of viewers on a variety of devices – including those in moving vehicles.  And while robust passenger infotainment is one potential benefit, another more substantial opportunity exists for local TV stations to easily transmit software updates and information to fleets of future cars and trucks.

THE STANDARD sat down with Technology Group 3 Chair and Sony Senior Manager of Technical Standards Luke Fay, who was behind the wheel for the Sony tests, to answer six key questions:

What were the primary goals of this field trial? Did you feel those goals were achieved?
Our goal was to prove that the ATSC 3.0 Physical Layer supports automotive use-cases.  Given the results showing very robust performance in a 5dB operating point Physical Layer Pipe, the answer is “Yes.” Many automotive use-cases can be supported with ATSC 3.0.

Can you describe the nuts and bolts of the field trial? How did you choose the driving route(s)? What speeds were you able to test? Did you test different configurations of the ATSC3 system?
Driving routes were chosen to test difficult reception areas and a variety of vehicle speeds.  We wanted to test low RF signal strength locations and see how ATSC 3.0 performed.  Speeds varied from local streets at 35 MPH to highway speeds around 65 MPH.  There was one physical layer pipe (PLP) configuration of A/322 used in separate markets to show the viability of the ATSC 3.0 protocol stack, not just the Physical Layer.  PLP0 payload size was selected for a 1080p 60 frames-per-second (FPS) video and PLP1 payload size was selected to come close to an ATSC 1.0 contour range support at 15dB signal-to-noise ratio (SNR).

The test setup included a 4-diversity receiver chip and a 1-diversity receiver chip feeding Android-based operating system Nvidia Shields to run the protocol stack and render audio/video decoding for display on a small screen.  This allowed for real-time monitoring of the solid performance in the 4-diversity configuration.  Some dropouts were seen in the 1-diversity case when driving through very low signal strength areas, which could be expected, as they would be more sensitive to the channel conditions given the single antenna input.  Logging of receiver performance and channel conditions was conducted with a PC and an Enensys RF Catcher.

Delivery of Non-Real-Time data (a simple picture) was great proof that broadcasters can offer file downloads without affecting media delivery.  ATSC 3.0 is for multicast data delivery, some data is media, and there are some unrelated files, but it’s all data.

Please talk about the partners that were involved in the trial. Was this a collaborative effort? Do you think the field trial could be repeated by a different set of collaborators with similar results? In other words, how portable/repeatable was this trial?
We owe a big thank you to Pearl TV group and their Phoenix Model Market Partners, to News Press & Gazette, to Sony Semiconductor and to Sony Home Entertainment Solutions of America.  There are many teams behind this testing that made everything possible.  Everyone pulled together to test and ensure equipment was operational.  Others can try these tests, since the ATSC 3.0 suite of standards supports interoperability so that different equipment can be used.  I expect similar results would be seen.  Other broadcasters can try this configuration in other markets, multiple PLP operation with a pipe operating at a lower SNR point is beneficial to support automotive use cases.  The results of the 4-diversity solution and its maximum ratio combining (MRC) algorithm could be unique to the Sony Semiconductor chip, but the chip is available in the market and can be tested by others.  I do encourage further testing, possibly with different antennas or different PLP configurations.

You’re intimately familiar with ATSC 3.0 from top to bottom and have been deeply involved in its development for 10+ years, including your current role as Chair of ATSC Technology Group 3. This field trial put the ATSC3 Standard to the test in the real world. Were you pleased with the performance of the technology?
Yes, definitely! Many experts have come together in ATSC to make this whole ATSC 3.0 system work, and the fact that anyone can go out and test today to see it firsthand is really satisfying.

Were there any surprises – pleasant or otherwise?
Despite the deer running out from the woods in front of the truck?  Yes, the fact that reception was seen halfway through a tunnel was impressive.  Of course, RF ducting was occurring, but it was still cool to see.  I would have liked to see more reception in low signal strength areas, but if there is no signal available, you cannot expect service.  In some areas, Single Frequency Networks (SFNs) are justified as they can dramatically increase signal strength and coverage.

We’ve heard ATSC3 described as a “platform” that can support a variety of use cases. Do you see this use case gaining commercial traction as the standard is deployed across the U.S.?
Automotive use-case is a natural fit for broadcasting.  It is wireless, and with ATSC 3.0, automotive specific content (files) can be robustly delivered.  With the ATSC 3.0 IP backbone, interface to the internet is possible, which offers far more business use-cases beyond automotive.